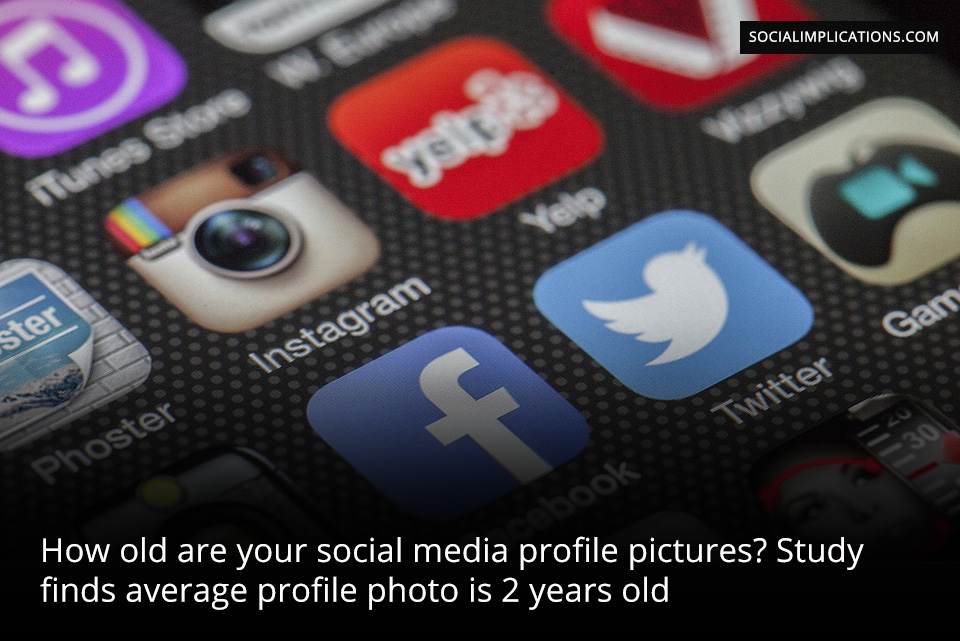 New research by an online local services marketplace has found that the average profile picture on social media accounts is over 2 years old. This is a staggering fact as social media is one of the first things that many people update on a daily basis, but their profile picture can be as much as 4 years old.

The survey, commissioned by bidvine.com asked over 2,000 members of the British public who regularly used social media and dating websites how they presented themselves to others online. They asked how old the participants profile pictures were for various social and dating networks with unexpected results.

The data showed that those using popular dating apps Grindr and Tinder were more likely to change their profile pictures (on average every 2-3 weeks), while users of Facebook, Twitter and Instagram changed their pictures less frequently between every 5-8 months.

Dating websites were the least up-to-date with Plenty of Fish users keeping the same picture for over 3 years, while Match.com subscribers on average waited 4 years to change their profile pictures.

Here are the results of the survey for how often users changed their profile pictures:

Staggeringly over 10% of those who participated in the study admitted that their profile pictures used on social media were more than 10 years old.

In a bid to find out why these pictures are so out of date, Bidvine asked participants, “If you don’t change a profile photo regularly, why do you think this is?” 62% admitted that they struggle to find a picture they are happy with, while 49% said that they wanted to appear younger to those looking at their pages.

Talking about the survey CEO of Bidvine Sohrab Jahanbani commented:

“Looking at the regularity with which people change their profile photos, it appears that older, more conventional dating websites and the networks people use on a regular professional basis, such as LinkedIn and Twitter lag behind, while younger single people are more likely to want to use newer photos.”