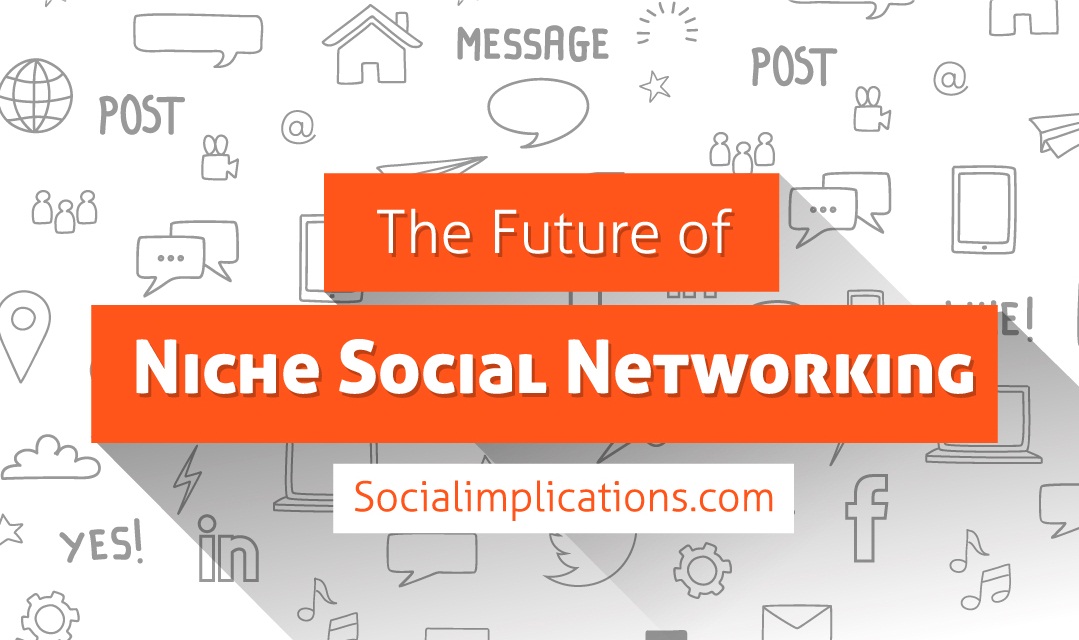 For years I’ve been singing the praises of niche outreach and waiting to see niche social networking overtake general social networks (like Facebook) with the public. I’m sad to say it hasn’t happened as quickly as I would have liked. Too many people are still wasting too much time trying to be everything to everyone.

The niche is where it’s at. That’s where you’ll find the people who care about the same things you care about, who share your hobbies or interests or industries, and who are looking for exactly what you’re offering. Are you reaching your niche? Or are you so preoccupied with numbers that you sometimes forget about relevancy?

That reminds me of my music PR days. Myspace was moving from a music-focused network to more of a general social network. Clients and other artists in my [real world] network thought this was great. More general users = more fans, right? Well, maybe on “paper.”

There were bands with 50k+ followers on the network. They thought they rocked. They didn’t. Bursting bands’ bubbles became a regular occurrence. I’d always come at them with a “Yeah? And how’s that working out for you?” When they’d inevitably ask what I meant I’d get more specific:

Other than a few who really got social media, built fan bases with a lot of direct outreach and interaction, and who did indeed get more attention or make more sales or end up with labels, the answer was usually “nada.”

Why? It all came down to who those followers actually were and how the band got them. Those large follower counts usually came from things like:

The point is that it didn’t matter how many followers a band had. Those followers weren’t helping them reach any of the goals they were supposedly striving for. And really, then what’s the point?

A smaller, more targeted niche audience is the better way to go. You’ll never have the time to put in honest effort getting to know 50k random followers or virtual friends. You might be able to connect with 1000 or 5000, with that group being real fans or friends or whatever you want to call them. Those are people who want to hear from you, who care about your news, who want to find some kind of connection. Those are also the people most likely to come out to a show (or book signing or conference you’re presenting at) and the most likely to buy what you’re selling.

Of course it’s not always about sales, but you have some kind of goal. At least you should. Is your audience helping you reach them? If you haven’t moved into niche social networking yet, they might not be. 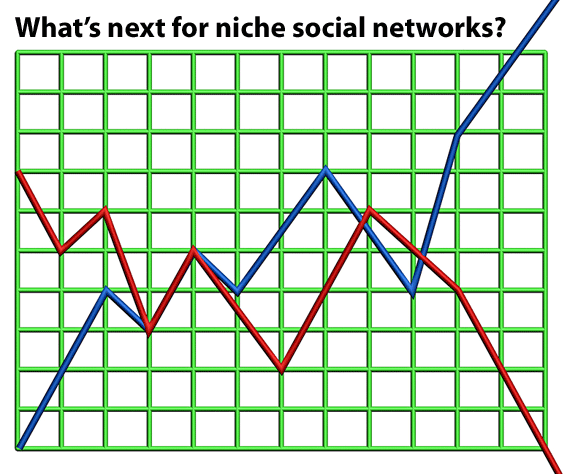 I’m not saying they have. It’s just something that crosses my mind occasionally. After all, they’re not bright and shiny and new anymore, so they often aren’t talked about as often as the big general social networks. Sometimes I wonder if more people wouldn’t be involved in niche networks and if we wouldn’t see many more niche networks pop up on the Web if people were talking about it more. Then again maybe that’s just because I’m not a fan of Facebook, can’t stand seeing them dominate so much of the discussion, and can’t wait to see them fade from glory (which I think is inevitable).

As little as I like general social networks, I do have to admit they have a roll to play in niche social networking. It is still possible to find a niche audience using Facebook or Myspace, or whatever network you prefer, even if they do invite more spammers and bots due to their sheer size. Is there a possibility that these mega networks are also holding back growth in niche social networking? Have we gotten to a point where it just doesn’t make much sense to try to compete with those numbers, as artificial as they can sometimes be? I really don’t know. But it’s something else to consider.

Then we have issues like the recent business model change at Ning. Ning’s services (including their free one) enabled people to create niche social networks on just about any topic. It didn’t matter if the niche was profitable to the founder (so cost and return weren’t an issue before deciding to start one). With that changing, and social networks there closing, I see another potential strike against the niche social network.

Don’t get me wrong. There are other ways to start free social networks. There are ways to start inexpensive ones too (just the cost of a domain and hosting if you use WordPress and the BuddyPress plugin for example). But for a well-known site to cut off those social networks that aren’t necessarily in profitable enough niches to make paid services worthwhile, well, is that a sign of a larger changing attitude towards the “little guy?” I’m not saying any company should feel like they have to provide something for free. I’m just saying that if they choose to, and then they change their mind with little regard for the people involved in communities built on their service, that’s a trend I hope I don’t have to see continue.

I don’t know all of their exact member numbers, nor is that really relevant (you can’t compare A to B if they don’t measure “active members” in the same way). But here are a few of my favorite large niche social networks.