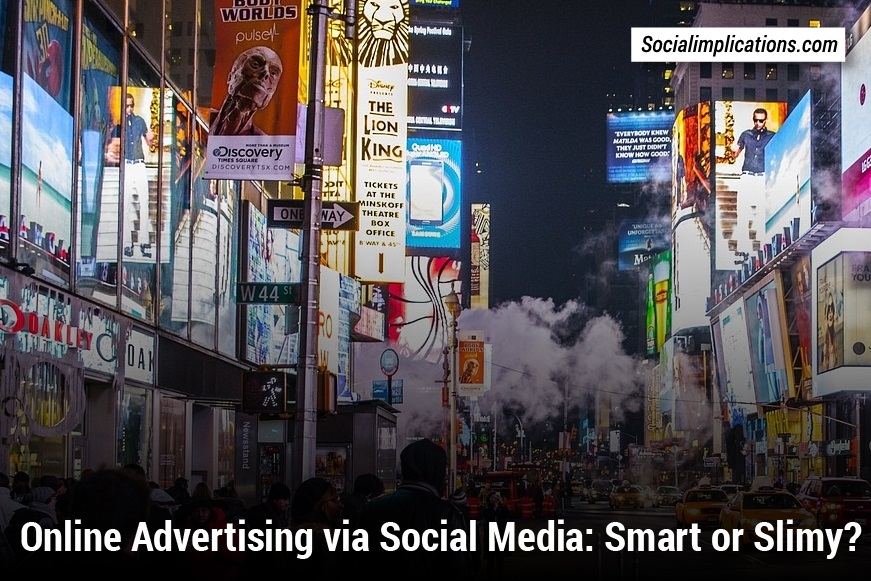 How do you feel about ads in social media tools? Personally I’m very torn on that subject. It’s not a black and white issue to me. Some kinds of advertising via social media I’m completely okay with. Other kinds I am not — I consider them to be a complete invasion of my semi-personal space.

How can I feel so differently about different kinds of advertisements? I mean, aren’t ads just ads? Here’s the biggest issue for me.

Separating the Personal from Business Sides of Social Media

There are two different ways I, and many others, use social media — for personal use and for business use. My ad tolerances are very different for both. Let me give you some examples:

As you can see, there’s a pretty clear line, and I tend to be much more lenient of ads from the network itself than ads from other users on that network who are solely using it to promote their crap to me.

I don’t consider it an invasion of privacy when it comes to keeping a service free, and I’d pay if I really had a problem with those ads. I don’t think I’m unreasonable in that sense. On the other hand I do consider it an invasion of my space when other users cross that line without me somehow specifically opting in — implied in business networking to some degree (like LinkedIn) and not so much in personal networking.

What do you think? Are there certain types of ads that drive you nuts in social media? For me ads in tweets would fall under that category. In the sidebar from Twitter? Fine. In my tweet stream from people I know and trust not to bombard me with marketing messages other than occasionally their own? Not so much.

But that’s just me. I know others will have their own feelings about what is and isn’t okay in advertising via social media and what might cross their line into the sleazy world of spam. Where is that line for you? When do social media ads start to destroy that “social” environment for you by turning it too commercial? Share your thoughts in the comments.