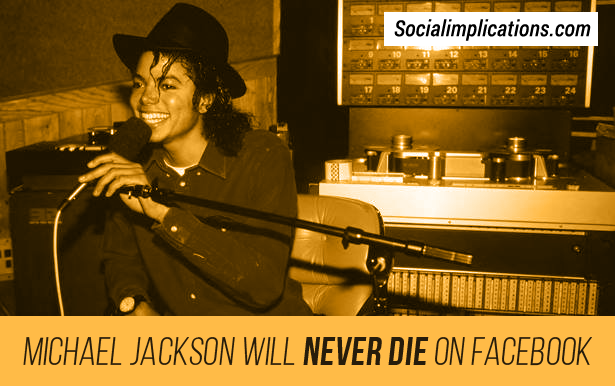 On August 29, 1958 Michael Jackson was born. He was the seventh of nine children. As a young boy, Michael sang in the Jackson 5. In 1968 the Jackson 5 moved to California. After signing with Motown Records, their first four singles topped the US charts at number one. In 1977 Michael made his first film debut. Thriller, which broke many records, was released in 1982. Seven hit singles came from that record and 50 million copies were sold. Michael went on to release many more albums, and change pop culture and music forever.

On June 25, 2009 Michael Jackson died in his home after going into cardiac arrest. He was only 50 years old. Heartache was felt around the globe. Michael may have had his quirks and indiscretions, but he was known for his tenderheartedness, empathy, and compassion. Michael’s music changed us forever.

Some believe the death of the pop star to be a hoax. Websites such as michaeljacksonsightings.com list countless “eyewitness” accounts, conspiracy theories, and pleas from fans. Michael Jackson is clearly still “alive” in the minds and hearts of his fans. No place is this more evident than Facebook, the popular social networking website.

If you search “Michael Jackson” on Facebook you’ll find about 17,000 page results, not to mention groups, people, and applications. At the present moment (8/6/10 4:29pm CST) 17,943,978 people like the official Michael Jackson page, facebook.com/michaeljackson. Make that 17,944,341 people, and counting. This includes me, and several of my Facebook friends.

In the week following the death of the pop star Michael Jackson’s facebook page experienced a surge in fans. The page had 80,000 fans before Michael’s passing. Insidefacebook.com reported that 1.7 million fans joined the page in the week following his death. Allfacebook.com estimated 20 fans were added each second on June 25, 2009.

According to the Facebook Page Leaderboard The Michael Jackson page is second most popular facebook page at this present time and is ranked higher than Facebook’s official Facebook page.

Whether or not you liked Michael and his music is your personal opinion. The fact that he greatly influenced our culture is undeniable. Nearly every pop and hip-hop artist lists Jackson as an influence. Many choreographers and dancers cite Michael as the reason they started dancing. Who hasn’t at least tried to do the moonwalk (if only in the privacy of their own home)?

To join the virtual memorial to Michael Jackson, go become his fan on Facebook.