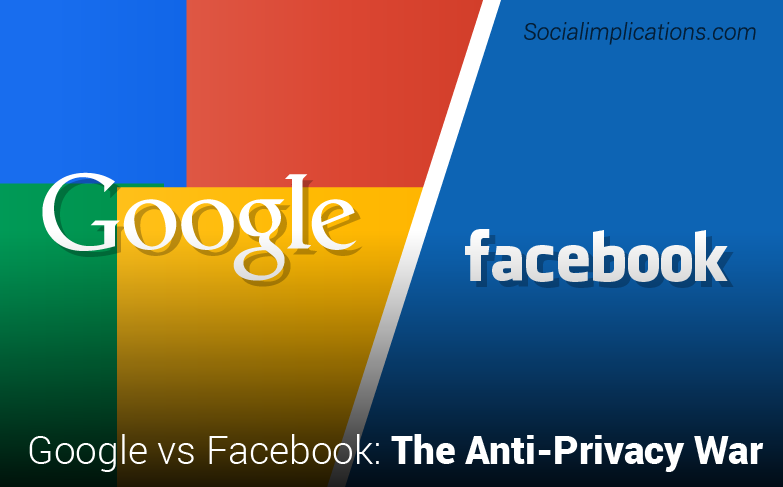 When it comes to social networks these days, I sometimes feel like the big players are in the middle of a war. And I don’t just mean they’re competing for our attention. It’s starting to feel like a race to the bottom on the issue of user privacy. I have to wonder if pure social networks are dead or at least dying in favor of what Eric Schmidt calls an “identity service.”

Where the primary social network benefits used to be based around users, now it feels like it’s all about data mining and coaxing us to share more information publicly than we might want to (or more than we should).

I don’t make it any secret that I’m not a fan of Facebook. I don’t use the service personally, and I don’t plan to in the future. That said (because someone always accuses me of having no experience if I don’t rave about it), I’ve helped quite a few clients over the years manage their own Facebook accounts.

My primary issue with Facebook has always been privacy. And it astonishes me that even after uproars about their privacy issues over the years, people keep going back. I know social media pros who don’t leave simply because they’re afraid it will make them look bad. And I have friends who stay solely because they don’t want to be bothered with change.

They get pissed off whenever new features launch that share some other personal tidbit publicly and they’re forced to opt out again and again to maintain their privacy. It’s like Facebook and users have to constantly try to one-up each other. For those who don’t login often, this can be a real problem. But they put up with it because they didn’t have other viable options until recently.

I love social media in general — from its old school forms of forums and chat rooms to modern social networking and microblogging. But Facebook has no place in my life, personally or professionally. I’ve been waiting for something better to come along, so I was excited when Google Plus first launched.

The ability to control who could see what was great for someone like me who needs to separate personal and professional updates (without wanting to manage extra accounts). Hangouts were a cool feature. And conversations online started to feel meaningful again.

Then Schmidt had to go and muck that up with his defense of their real name policy, making it very clear that Google’s interests aren’t in creating a network for its users but rather an identity service furnishing them with more information about users than ever before — information they want to leverage in other products and services.

I’ve already ranted enough about the real name policy in general (both as a writer with a legitimate need to use pen names and as a former stalking victim who understands the concerns of others in that position who don’t want to be put on display just to network online). I think it’s an asinine move and a major privacy violation when you force users to share information they don’t want to share.

So even though I did set up my profile using my “real name” I’ve pretty much gone ghost there. I have other names I can legally use through my business. I’m getting married next year and that “real” name will change (and I won’t be updating most social profiles). I don’t think it’s Google’s place to tell me which of those names I have to use (all of which I have a legal right to use and all of which I’m commonly known by to different groups).

Facebook. Google. It doesn’t seem to matter anymore. The big players in the social networking game don’t seem to value user privacy or users’ control over their own data anymore. I held out hope for Google, thinking their business pages would be a viable option for those of us who network professionally using pen names. But even that has some privacy concerns as pages must be tied to profiles which are subject to the real name policy.

Even when they enable the option to assign other administrators to pages, Google will have a record of personal ties to businesses that frankly isn’t their business. As someone who takes on corporate and small business ghostwriting work, Google shouldn’t be able to tie my private Plus profile to any pages owned by my clients unless I choose to publicly share that information.

I know that Google’s page feature for businesses is still new and maybe even slightly premature from what I’ve seen so far. So maybe they’ll improve on that side of things in the Plus network in coming months. Even if I won’t be using my Google Plus account much, you can bet I’ll be keeping a close eye on how things there continue to develop.

What are your biggest privacy concerns in social networks? Are you tired of having to opt out of Facebook changes that could share more information than you’d like? Are you sick of being told what name you have to use (even if most in your network know you as something else)? Or do you just roll with the punches? Do you use one or both of these networks? What would you like to see from them in the future when it comes to better protecting your privacy or giving you better control over your personal information shared there? Leave your thoughts in the comments below.