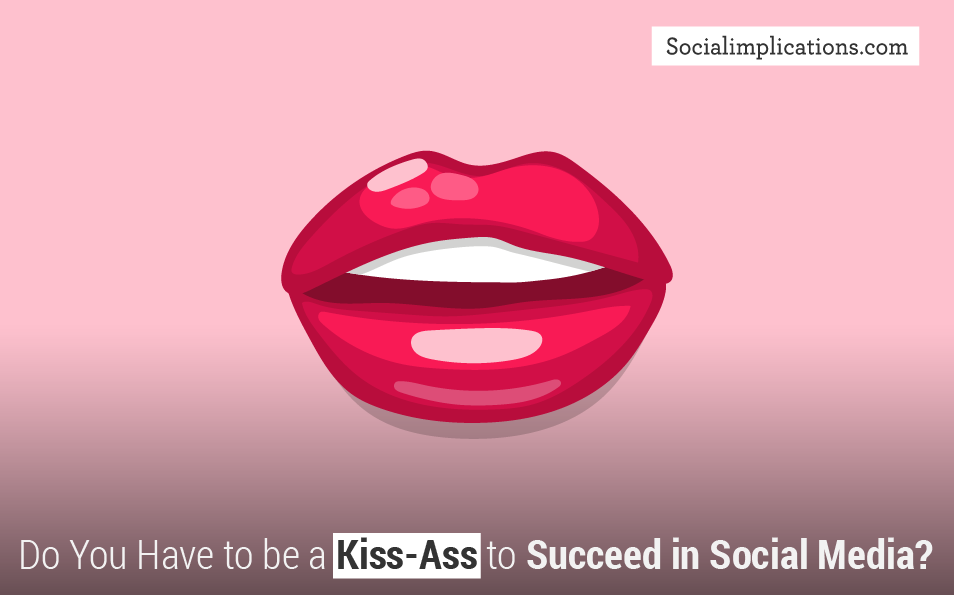 I’ll be blunt with you. I can’t stand kiss-asses. I refuse to be one. I hate it when newer folks in my niches do it to me. And I’m embarrassed for colleagues who think their transparent brown-nosing sneaks by their savvy readers and followers as good old fashioned networking.

Here’s the thing though. The social media crowd often encourages this behavior. Recently I stumbled across a nearly vomit-inducing blog post on how to identify and get the attention of “A-list” bloggers so they’ll become pals and help promote your wares to their awe-inspiring audiences. In another case a colleague lumped herself in with the supposed A-list bloggers (sidenote: nobody else said so first).

People covet that “A-list” label just as some are self-proclaimed gurus. Personally, I’ve had enough of it. Have you? Or are you willing to pucker up in the hopes of riding someone else’s coattails to achieve social media success rather than earning it on your own?

What Constitutes Being a Kiss-Ass in Social Media?

Not sure what would earn you that kiss-ass status? Here are a few examples:

Why You Don’t Have to Be One

If the near-permanent attachment of lips to ass doesn’t appeal to you, don’t worry. You can do just fine in the social media world on your own. How do I know that? Well, think for a minute. How did those so-called “A-listers” achieve that status when they were there so early in the game that there were no other “A-listers” to leech onto? Here are a few things they did, and things that you can do too:

People do notice (and talk) when you act like a snot-faced little suck-up who’s only around when there’s something in it for you. They notice when you only get attention from the big names if you lavish gifts of praise. But people also notice when you genuinely care about them. So act like it (or better yet, actually do it). Figure out what you have to offer and what might set you apart. Then your success with social media is to no one’s credit but your own, and you can build deserved attention rather than practically begging for it.

How do you feel about kiss-asses in social media, trying to rise in the popularity food chain on the backs of others rather than focusing on their own more legitimate presence with their wider audience? Do you get sucked into some of these behaviors? Which ones, and why? Leave a comment below to share your thoughts.