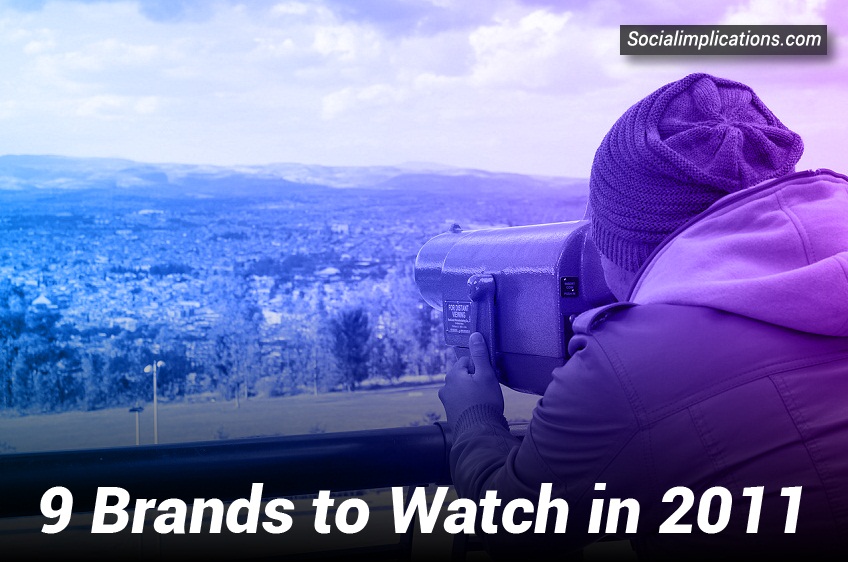 The giant companies of the world provide examples for everyone else; that’s not to say those examples are always good. However, these major companies have the opportunity to experiment, create side projects, and invest in a number of areas, demonstrating for the world to see what works amazingly well and what winds up as a ship wreck. A major area where we can see beacons of success from major brands is in the social networking field.

From YouTube videos to Twitter posts to elaborate Facebook pages, major companies have shown us the potential of the social medium. Here are nine of the companies that are well worth watching in 2011 as they continue to engage and grow their social network connections. 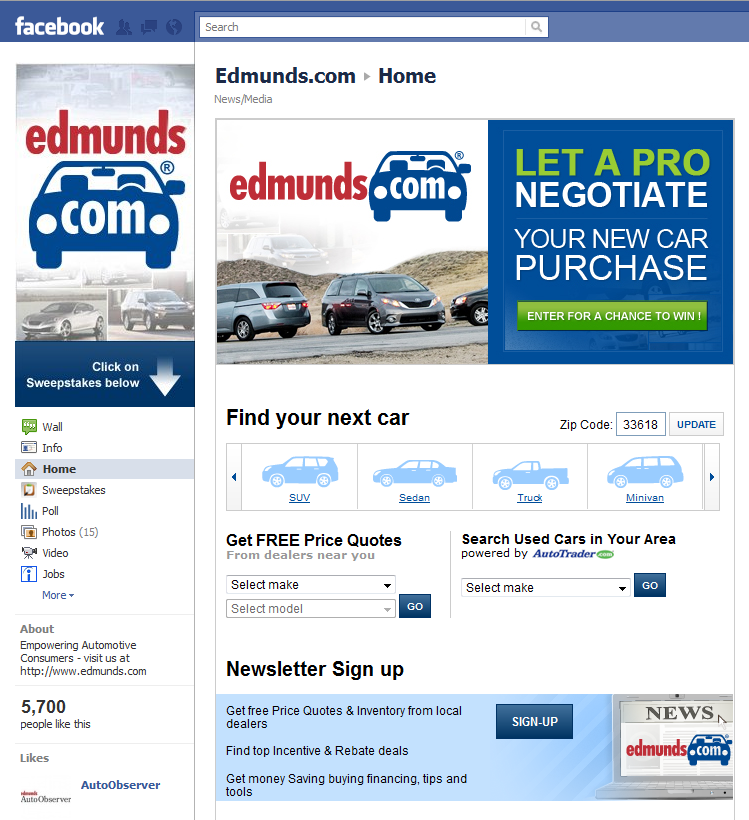 If you’re looking for a brand that’s breaking out of the typical mold that its vertical employees, then Edmunds is your go-to brand. Recently starting their Edmunds Tumblr and also expanding their Edmunds Facebook page, Edmunds has kicked it into overdrive and recently hit over 5k fans. The use of the iFrame (to bring in elements of their .com page) is huge, as they can track analytics and conversions from social media.

If you want to get a sense for how to become involved in the “popular culture community” that exists within the Twittersphere, then look no further than Taco Bell. Whether they’re tweeting about how Brittney Spears loves her fans or responding to a ground-level user who got excited about shrimp tacos, the “think outside the bun” company knows how to get involved in a conversation.

While their Twitter page is highly impressive, they haven’t forgotten to set up a presence on Facebook either. Their page is packed to brimming with clever promotional videos, interactive apps, and up-to-date posts. 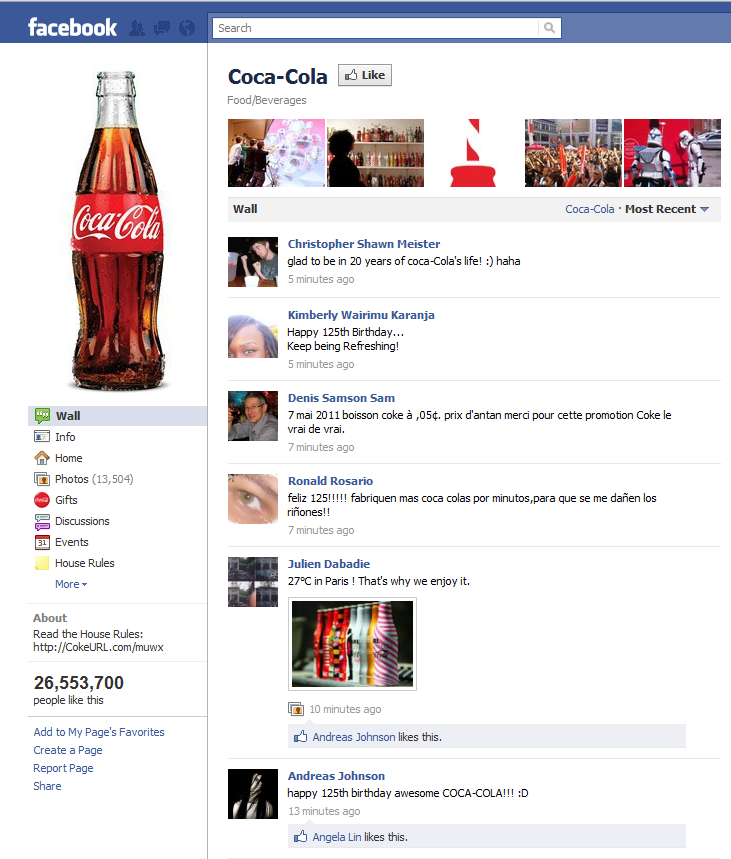 At 22 million “likers,” Coca-Cola has demonstrated just how amazing a Facebook Page can be. And how did they get there? In addition to providing a number of viral videos, an attractive page layout, useful posts, and encouraging visitors to share, Coke gave away free merchandise to help bolster its numbers. Lesson?: Bribery works.

This up-and-coming voice in the world of Twitter has managed to get a top-of-mind slot for its roughly 39,000 followers by giving 140 character fashion advice (what colors are in this season? what look is next? where can you go to find more elaborate reviews?) and providing valuable links to both inside and outside groups. 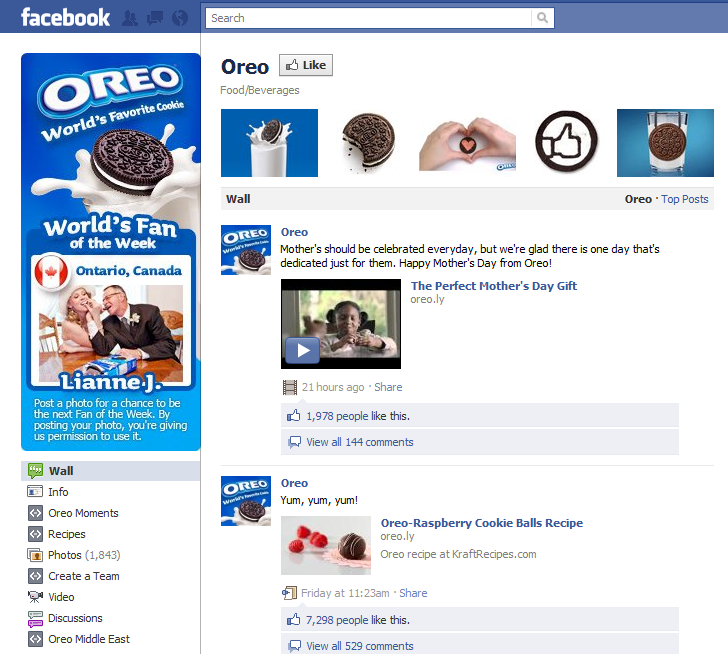 How do you eat your oreo? If you’re one of the 16 million Facebook likers of the Oreo page, your answer might just be “on your wall.” The Oreo page has managed its viral spread partially by prompting users to post media (primarily images) of themselves eating America’s favorite cookie. Add to that a series of clever events, competitions, and a long list of Oreo recipes and you have a page well worth visiting. 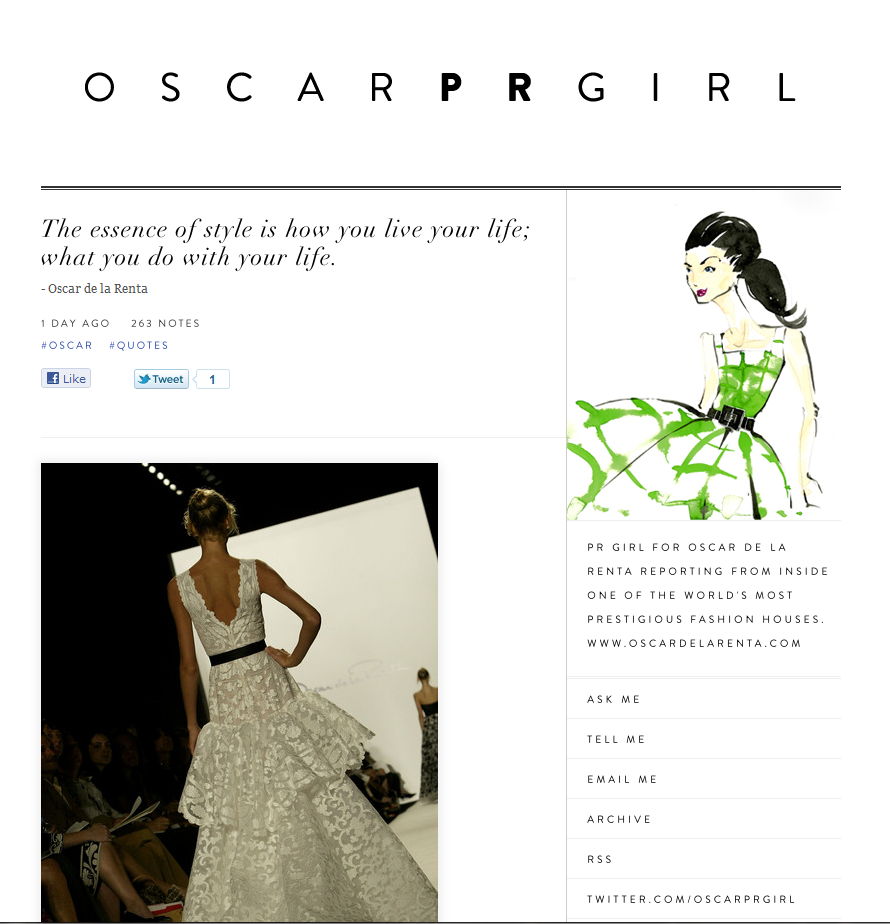 Oscar de la Renta, a famous fashion designer, is pretty major on Twitter. One of the biggest lessons learned here is how to integrate a micro-blogging platform with a more media-rich interface. By extending his Twitter posts into Tumblr via OscarPRGirl, Oscar de la Renta manages to create a strong visual experience for his fashionista followers. 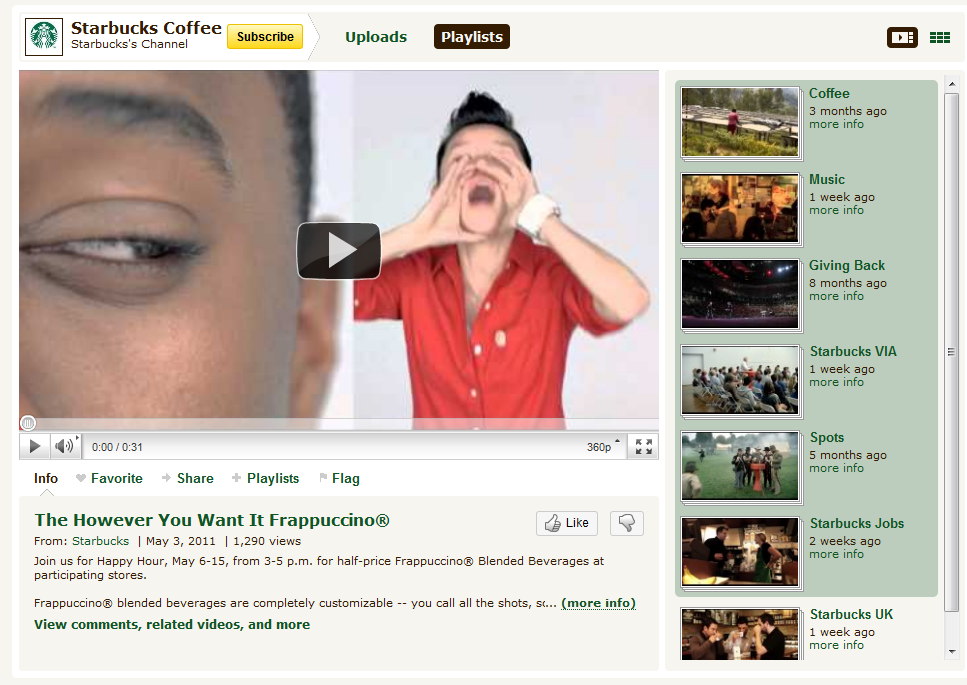 Starbucks managed to give itself a double-shot boost to effectiveness thanks to its presence on Facebook, Twitter, YouTube, and FourSquare. In addition to providing content and cross-promotion on all mediums, Starbucks shows us how location-based discounts can be incredibly valuable to all parties involved. 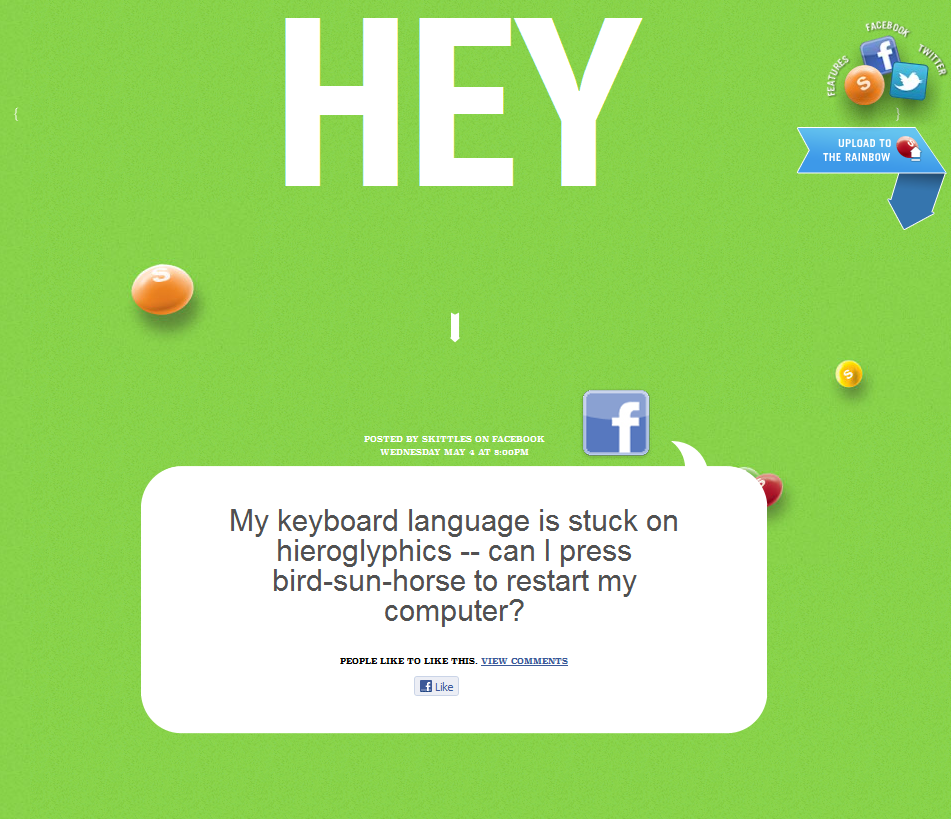 If you’re looking to see how a plain old website can go beyond the “plain” and “old,” the Skittles “Experience the Rainbow” platform may just be your next idol. Heavy interactivity, integration with their YouTube channel and Facebook page, and clever riddles, games, and more all add to the online Skittles experience. 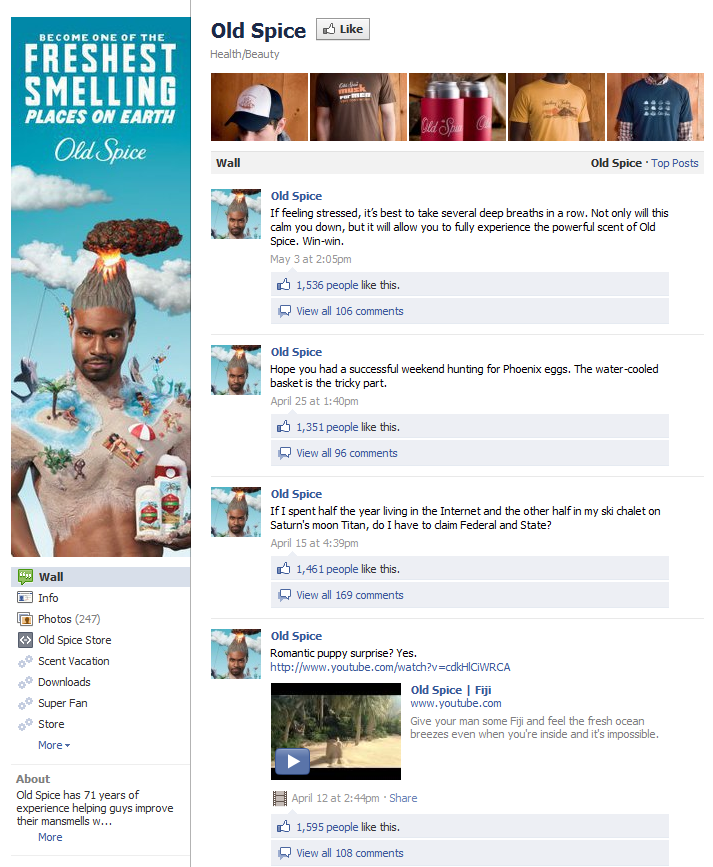 We all know what a skyrocketing success the “I’m on a Horse” viral video saw, but Old Spice didn’t let it stop there. They capitalized on the success of the advertising campaign to get over a million likers on their Facebook page. Admittedly, they’ve driven the advertising idea into the ground at this point, but if you want to see how you can use one successful campaign as a launching point for durable relationship marketing, there’s no better group to look to than Old Spice.

What we’ve learned so far from these thriving successes is that persistent and personalized communication is core, interactivity is crucial, humor is vital, and adding value is what really keeps people coming back. There will be plenty more to learn over time, however, so stay tuned.