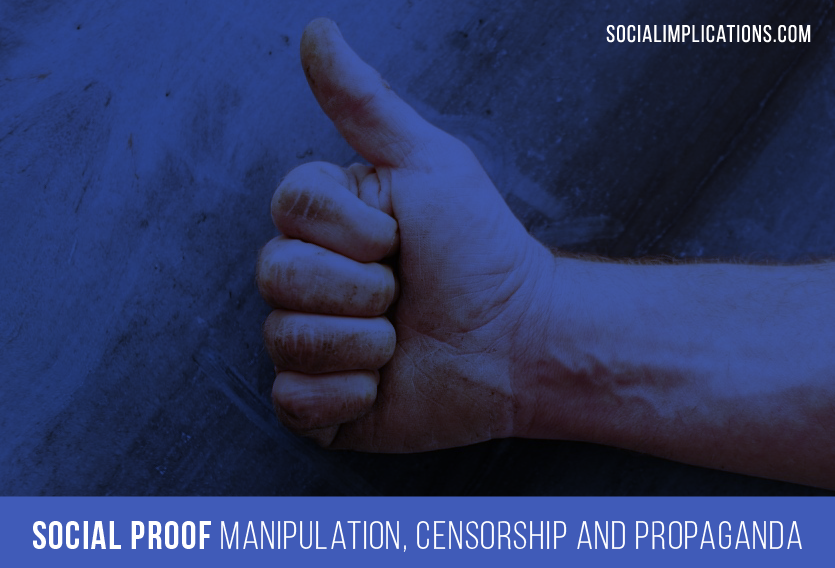 Almost invisible to most, the manipulation of social proof is extremely dangerous because people are easily influenced by perceived positions, i.e., what others think about important issues. 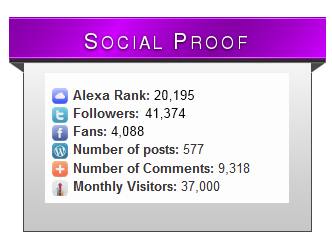 Have you ever thought about how each of these affects your perception of a situation:

All of these are examples of “social proof” – and how they affect our own decisions and actions.

But can we trust these numbers? How do we know how accurate they are? What if sometimes they are manipulated or even complete fabrications?

There are troubling signs that these numbers ARE sometimes inaccurate – and sometimes intentionally wrong. That is most obvious when the topic is controversial.

“The first principle of a free society is an untrammeled flow
of words in an open forum.” ~ Adlai E. Stevenson ~

But what if we can post freely, but what we collectively post is massaged to make us think everyone believes – or even votes – a certain way when they do not?

Because few have the courage to hold to their own truths, most change what they believe based on the consensus. More dangerous than lack of freedom is the illusion of freedom.

I first noticed that on Twitter if I shared about the Occupy movement some of my tweets appeared where I could see them in that account – but not on search or from other accounts.

While it did not surprise me that certain topics never trended on Twitter while the media was NOT covering them, when finally they were mentioned on every news station and still they did not trend it appeared that Twitter had blocked that topic and failed to remove the block when the major media finally acknowledged that issue.

But most telling of all was the strange case of a particular movie on Hulu. Regardless of what your religious beliefs are, this example should concern us all.

“Both free speech rights and property rights belong legally to individuals,
but their real function is social, to benefit vast numbers of people
who do not themselves exercise these rights.”  ~ Thomas Sowell ~

There is a movie on Hulu based on a book written by the New York Times best-selling author Lee Strobel, an award winning journalist and former Legal Editor for the Chicago Tribune.

Lee Strobel was an atheist who set out to prove that Jesus Christ was a myth and in the process convinced himself that he was wrong. His movie The Case for Christ can be watched at Hulu and  YouTube.

What struck me as odd was that there were some 300+ comments on that movie – almost all of them positive – but on the first page of comments almost every comment was negative.

One day I wanted to send a link to that movie to someone, but searching the YouTube site did not find the movie. So I searched on DuckDuckGo and found it that way. It WAS still on the YouTube site, but they were not returning it in their own search results.

Later I searched YouTube again, and while I found the movie again in their search ALL of the previous comments were gone and there were only two new comments on that movie. There are 6 comments on it today as I write this.

No matter what your beliefs, I hope you can see that people WILL be affected by what comments they see on a movie and whether they are positive or negative.

I disapprove of what you say, but I will defend to the death your
right to say it.” Voltaire (1694-1778) French writer and historian.

Social networks should not be manipulating public opinion by rearranging, deleting, or manufacturing social proof. To do so turns what people believe is a public forum into a vehicle for propaganda.

“The very aim and end of our institutions is just this:
that we may think what we like and say what we think.”
~ Oliver Wendell Holmes ~