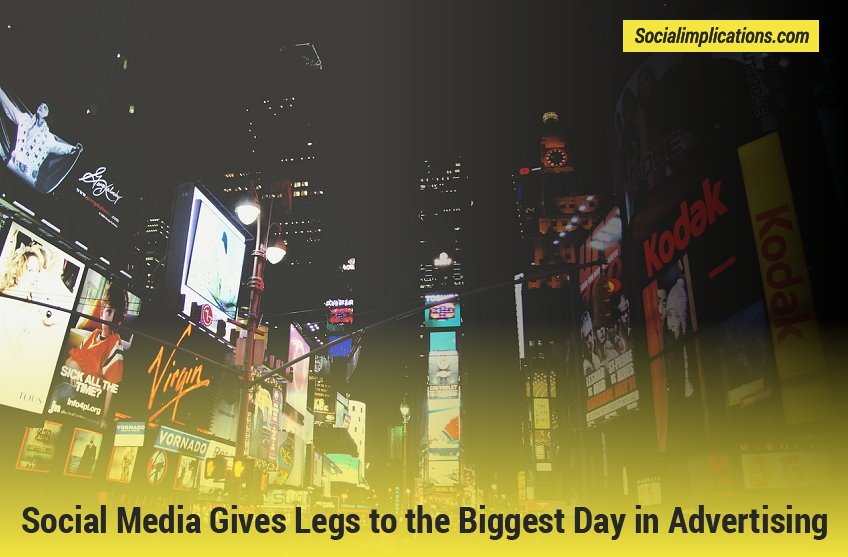 The Super Bowl has long been watched – not only for the blood sweat and tears of the game, but for the advertising and brand opportunities surrounding it.

Advertising is king around this time each year, with companies duking it out to have the most innovative, funniest, quirkiest, crowd stopping, shocking or just downright strange commercial. It’s a chance for brands to not only come out with a new image, but to also possibly capture a new demographic.

This year, certain companies are also taking advantage of the legs that social media gives them- implementing social media into their traditional media strategy to help extend the campaign. It’s fun, it gets users engaged- and also has the ability to reach more than just your target market both before and after the game. Integrating a new social media twist can give the commercial a life of its own, post Super Bowl.

HomeAway and Audi have done an interesting job of this- and Foursquare has hopped on board with the NFL as well.

So without further ado:

HomeAway recently launched the Detourism campaign. The minister of detourism (with his charming accent) walks you through many of the reasons why you shouldn’t stay in a hotel while vacationing.

They have videos showcasing funny hotel scenarios, and recently launched the full detourism site that is integrating with the Super Bowl commercial they’re launching this year. They’ve also released some funny tactical shorts on the HomeAway YouTube channel.

HomeAway has given life to their Super Bowl commercial; allowing you to customize and star in your own version online pre-Super Bowl… choosing to put your face on a baby and either smash, shatter or be caught after chaos ensues around different hotel rooms.

This is a little outrageous, a little awesome, and certainly fun. At the end of your commercial, you have the ability to share it with your friends via Twitter, Facebook, Email and permalink. When you send it to your friends, it’s referred to as your name- ie: “Watch Selena Narayanasamy’s Commercial”… encouraging friends to play with it and share, too.

Audi will be advertising this year during the Super Bowl and integrating a mini social media campaign in order to spark conversation as to what the meaning of “progressive luxury” is- there’s already videos around it on the Audi YouTube channel with some fun jail scenes and rioting:

For those who may not love cars like I do, that doesn’t sound like a big deal. But ohhhh it is. I’m dying to get behind the wheel of one of those. But I digress.

They further breathe life into the campaign, they’re also launching a Facebook initiative with a fun Estate Sale theme. Users can go in and tag items that they thought they saw in the commercial- also entering them to win the same prize as the #ProgressIs contest. 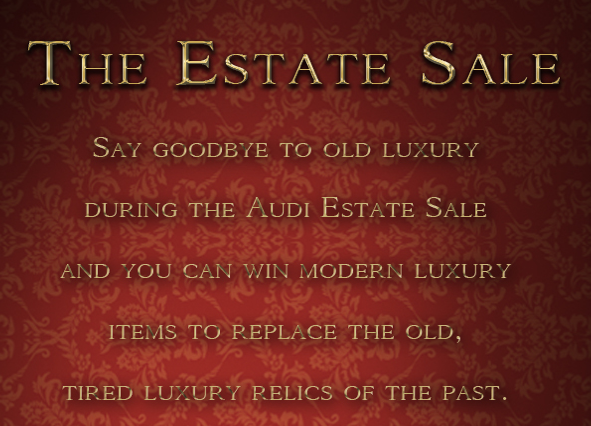 This is a pretty neat way to tie in Twitter and Facebook with their Super Bowl commercial- I’m actually pretty excited to follow this hashtag and check out the amount of entrants and buzz around it. Yeah. I’m a self proclaimed dork.

Foursquare isn’t necessarily an advertiser with the meaning that they’ll be airing a commercial, but they are helping the Super Bowl become more global by using them as a guinea pig to test out their “promoted venue” capabilities on Super Bowl day.

Users will be able to check in to the Super Bowl (from the comfort of their own homes) and shout out the team that they’re hoping will win. In return, they’ll get a 20% coupon for NFLShop.com and unlock a badge, too.

Since not everybody can physically be at the Super Bowl to check in, I think this really encourages those who may not be social media savvy to become first time users of Foursquare. It’s a great way to not only get more eyes on the Super Bowl, but more sign-ups on Foursquare as well.

Super Bowl Sunday is a huge chance for advertisers and brands alike to make their mark. This day can, in my opinion, set the stage for the success for the rest of the year.

By using social media to help your Super Bowl commercial live longer (or, in the case of Foursquare, actually helping the Super Bowl itself become fused with social media) you can truly give your brand a chance to engage with those you’ve reached in your Super Bowl moment of fame.