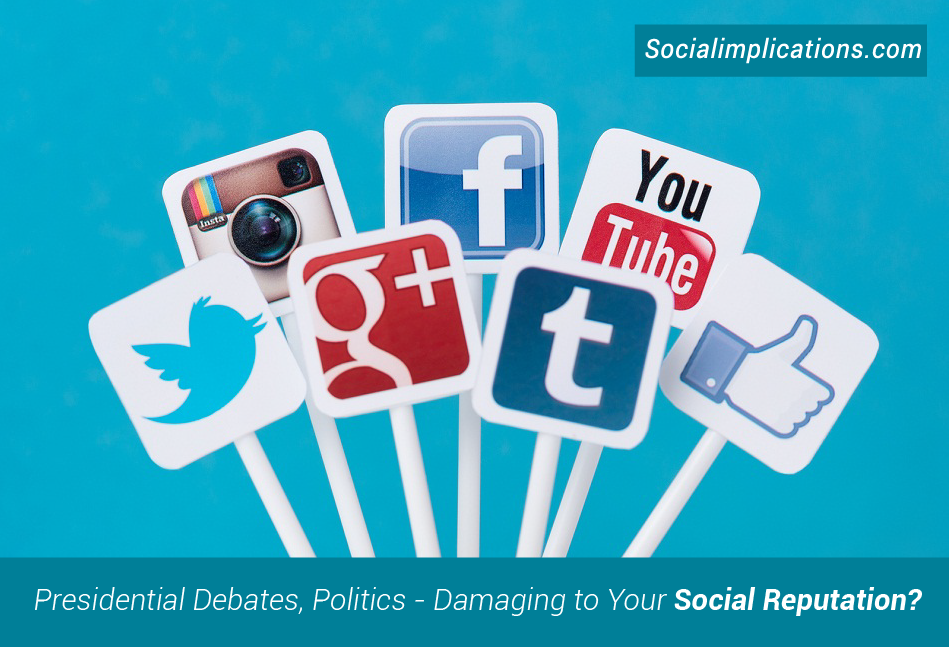 Somewhere during my life I remember being advised that one should avoid discussing business and politics. I’m not sure if that was related to business or all the time, but I do know that the media has gone to great lengths to polarize people into opposing camps – and sharing which camp you are in (if any) is bound to create conflict online.

If you rely on social media to earn a living or you have or represent a business, you may want to give some careful consideration to how you want to handle controversial topics such as religion and politics.

YouTube live video of the 2012 Presidential Debates has created plenty of coverage online – and all the buzz across social networks could lead some who know better to join in the fray. Before you do, give how to handle controversial topics plenty of thought first.

WARNING: Commenting on Politics can cost you customers!

Yes, controversy can generate visibility and traffic – but it can also alienate your readers, customers, peers, friends and family. It is unfortunate but true that most people are very intolerant of differences of opinion.

Do Business and Politics Mix?

I wrote much more in answer to this question in Should Businesses Avoid Politics on Social Media because the answer is….it depends on what you value more highly: your income or your principles. Most will have to decide to pick their battles carefully while bearing in mind there may be unintended consequences if you don’t stay silent.

Even if you don’t want to get involved in the discussions surrounding the 2012 Presidential Debates, you can still learn from how live video is being used to promote the upcoming election. There are some tips in this Future of Engagement video to help you decide:

“The first debate between President Obama and Mitt Romney generated more than 10.3 million tweets over a 90-minute period, the highest level of activity in the history of Twitter. At one point, when moderator Jim Lehrer snapped, “Let’s not.” when Romney asked to move on to another topic, the Twitter stream soared to 158,690 tweets per minute“

The social media graph below indicates that people have positive feelings about the debates themselves – so you could discuss them impartially without indicating which candidate or party – or neither – you back. 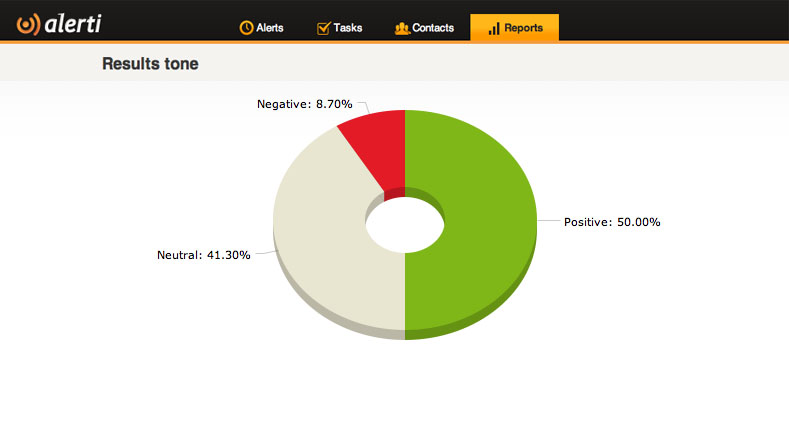 If we’re going to be serious about social media, we need to start monitoring what is being said about us, our brands, blogs and products. There are many solutions that accumulate data and output it in reports and graphs.

The graph above was generated using Alerti which is one of the easier tools to learn. You can sign up for a free trial social media monitoring account and extend the usual 30 day trial to a full 90 days by entering the discount code alertivideo when signing up.