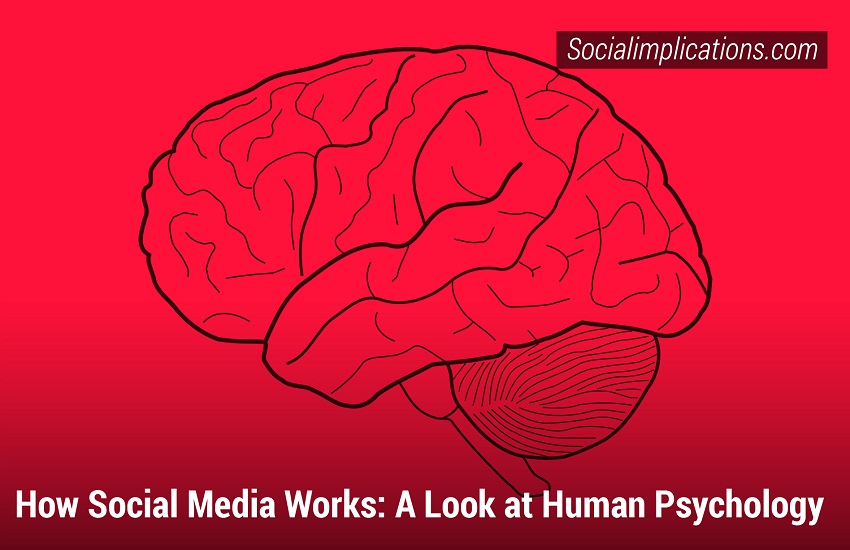 People use social media a lot today. And I mean A LOT. I’m constantly checking my Twitter account, wondering what status messages have changed on FB… wondering if my friends put up new pictures.

It’s never-ending. Why do I do this? Why do WE as people do this?

People do it because they want to keep in touch with their friends and see what everyone is doing- and it’s great for that. It’s good for family and friends that are far away from one another and it’s also good for people who want to keep up with their favorite stores and shops on various social networks to find deals and discounts.

Out of all of these benefits though, I’m really interested in the psychology side of social media. The majority of society doesn’t really appear to think about the psychological aspect behind what they do- they (like myself) just do things that feel and seem right or enjoyable to them.

For sake of completeness, however, there are traditional psychological effects to social media that people should consider.

No matter what you use social media for, it’s very likely that you’re interested in and involved with the group dynamics of it in some way; this is becoming so noticeable that there are even courses dedicated to media psychology as well as plenty of sites analyzing this trend.

Whether you just talk to family members and a few close friends, or you expand your circle of people to include a lot of others, social media can help you in many different ways- it also helps to keep you mentally strong and give you new ideas for ways to look at and think about the world, so you can continue to grow and develop as a person.