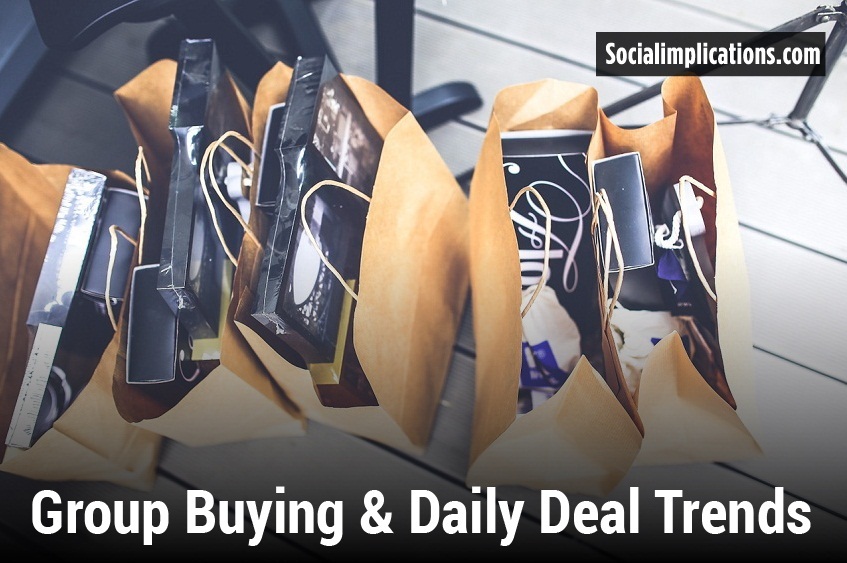 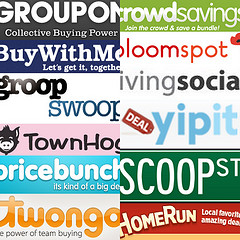 The impact of the social Web is greater than we realize right now. We’re not only window shopping online, but we’re also accustomed to finding awesome deals without leaving the comfort of home.

Many of us might not see it (fortunately, I live it) because we’re not exposed to it – it’s not necessary in our everyday lives (yet).  But there’s a whole lot going on out there in the social world – group buying and daily deals being one area – that’s slowly expanded beyond general sites, into niche interests.

But does group buying give us an incentive to otherwise buy things we normally wouldn’t? Do daily deals make us feel as if we have to act immediately to get the best deal, even if it’s not something we necessarily need?

I’m pretty sure I’ve seen deals come through my email from Groupon and suddenly I’m like… “OH! I WANTED to do that. Really. I did, I swear.” And seeing deals shared through a friend on Twitter or Facebook definitely influences me to check them out.

According to Internet Retailer 67% of shoppers in 2009 were more likely to make a purchase online based on recommendations from their social communities. That figure has only increased since then — not only has the use of social networks increased but so has the number of group buying and daily deal sites.

Let’s take a look at some of the biggest and latest group buying/daily deal sites:

Group buying seems to have become the next best thing. Offering a great price or discount on an item that is activated once enough people show interest is a fun and social way to shop. For instance…

LivingSocial, founded in 2007,  goes by location and zip code- showing you 24 hour deals on restaurants, stores, events, etc. You can browse other cities, get the deals on your phone- pretty much anything you can imagine. LivingSocial actually was founded and started before Groupon, but didn’t offer the daily deals until after Groupon started.

Launched in November 2008, Groupon has the same premise as LivingSocial- they negotiate the discounts with big and small businesses and open up a daily deal to those interested- for that particular town/area.

In order for these sites to offer such great deals, they need to work something out with the business that they’re planning on featuring. The business can offer a certain amount/limited quanitity of deals during that window, so that consumers can show interest in the deal and the business can move a large quantity.

I’ve also been noticing that there are niche buying sites popping up. Bookperk, launched in 2011, offers deals on books and other items. It takes a certain amount of people to be interested in order for it to tip- once it tips, you’ll be able to receive the deal for that price. A recent deal offered a book at half-price, along with a free movie ticket. Other deals offer goodie bags.

All extras are related to the book being promoted.

GroupGolfer, founded in 2010, is a group buying site for golf enthusiasts, where you can find deals on services, products and locations. It only makes sense to offer some kind of group buying incentive for golfers since golfing can get expensive (especially if you’re buying some baller clubs or playing on some expensive grounds).

ChronoShark is a daily deal site that offers ridiculously low prices for watches. The deals run for 24 hours or until they sell out of the particular watch they’re offering that day.

So how do these sites really affect our purchasing habits? Are we more likely to purchase from one of these sites? Are we likely to be converted into an enthusiast when these deals are suddenly around us? Do we convert more when presented with deals that are limited time and availability?

Do we convert easier with these group buying and deal sites, than we would do from long-standing deals or coupons?