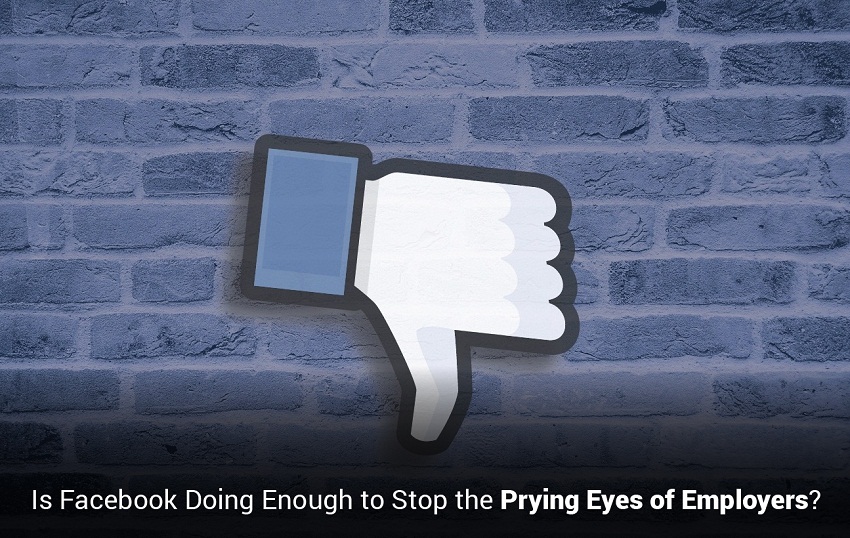 As you probably know, a hot topic in the social media world over the last couple of months is the fact that employers (and some colleges and universities) are asking applicants for their private Facebook and other social media passwords. Would you give a potential employer access to the private area in your account, as opposed to letting them see your public page?

Let’s look at two major problems with employers requesting this information from job applicants and talk about what you think Facebook should do about the issue.

When employers are conducting interviews with job applicants, there are certain “illegal questions” (at least in the U.S.). For example, they can’t outright ask you if you have children or what your sexual orientation is or if you’re responsible for caring for a sick family member.

One of the biggest problems with employers demanding social media passwords is the fact that profile access or access to your private conversations can give them a way to get around those illegal questions. This kind of information might be readily available on your private profile because it’s for the eyes of friends and family members only. It could lead to anything from lost job opportunities for you to discrimination lawsuits against the employer, making it in both of your best interest to keep the passwords private.

While this is already good enough reason not to give a potential employer your Facebook password, there’s an even bigger reason. If you do, you violate the privacy of every single one of your Facebook friends.

When your friends choose to share information with you, they do not consent to share that information with companies where you happen to apply for work. But when you give your password to a third party, you also give up any information your friends made visible to you. And if there’s anything worse than Facebook itself being sketchy on privacy issues, it’s wondering if you can trust your own friends on social media sites.

What’s Being Done (and is it Enough)?

What is Facebook actually doing about this issue? For the most part they’ve just said they don’t like it. As their Chief Privacy Officer, Erin Egan, put it they “don’t think employers should be asking for prospective employees to provide their passwords because [they] don’t think it’s the right thing to do.” [source]

It’s also now a violation of their Statement of Rights and Responsibilities to either share your password with someone else or to solicit the password of someone else. Of course, Facebook doesn’t have any real authority to dictate “rights and responsibilities” for non-users, which these employers might be. On the plus side though, they promised to engage lawmakers and take legal action if necessary.

Fortunately, lawmakers are taking the issue more seriously. Not only are members of Congress working on privacy protection measures for social media passwords, but so are various states including Maryland and California.

Do you think Facebook is doing enough to stop this kind of behavior? Do you think they’re doing all they can really do? If not, what would you like them to do? Share your thoughts in the comments.