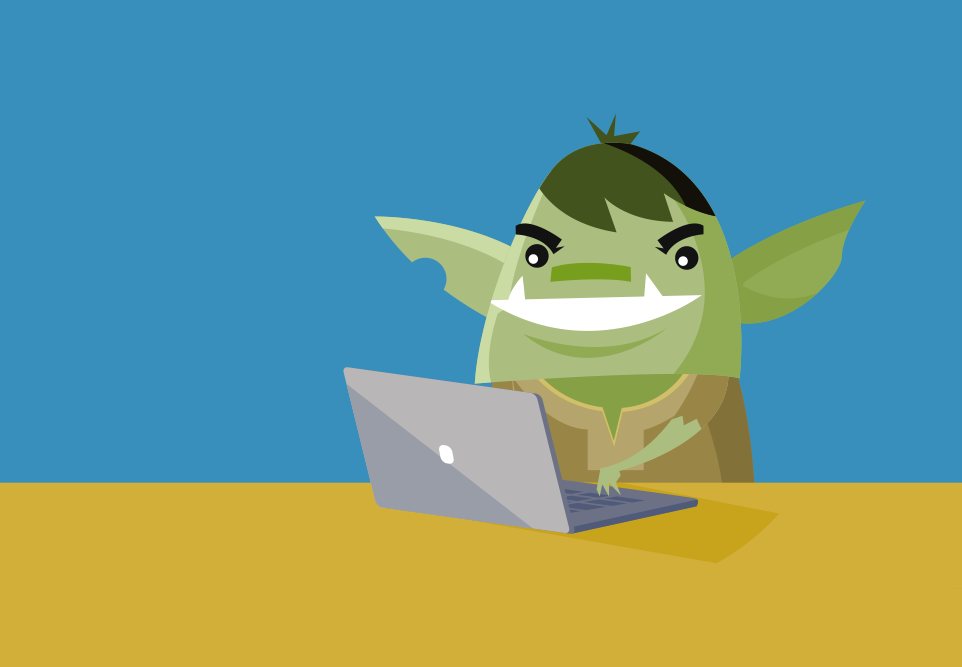 Google has them. So does Apple, McDonald’s, Walmart (oh boy, do they have them), and the list goes on. No, we aren’t talking about delighted shareholders or spots on the Fortune 100 list. We’re talking about those creepy, crawly, and thoroughly unwelcome denizens of the social-media landscape: trolls.

As a breed, trolls are not interested in making a point: they are intent on creating a disturbance (there is another phrase that is more apt here, but not work-safe!). They feel safe and secure in front of their computer (and often behind their VPN), and feel as though they can post anything with impunity: threats, insults, sexist and racist remarks, and so on.

What’s more, once trolls bite into a business, getting rid of them can be extremely difficult — because they feed on attention. However, there are ways to avoid a troll infestation. Here is the game plan:

No, trolls won’t read this (let alone follow it). But businesses should nevertheless have a policy in place to demonstrate that they aren’t just rewarding fans and punishing critics.

This isn’t ideal, since one of the things that people like best about social media is its organic, unfiltered aspect. Yet just as there are speed limits on the road because some drivers would not think twice about putting others at risk, businesses may need to moderate posts to ensure that what shows up on their pages is acceptable vs. incendiary.

One of the most effective — and frankly, amusing — ways to neutralize a troll is by responding to their inane an offensive remarks or rant with a short, professional post. Simply put, this makes trolls look and feel stupid, which usually makes them cower and slink away back under the digital bridge where they live.

Sometimes, the only way deal with trolls is to eliminate them — and that means blocking and deleting accounts. However, be aware that trolls are kind of like those whack-a-moles: if you snuff one out, they tend to pop up somewhere else and continue their attacks. Keep a watchful eye on all social media accounts.

Social-media trolls have been around for a while, and they’re here to stay. But that doesn’t mean businesses have to be used for target practice, or fly the white flag of surrender like one of those giant banner signs that fly at festivals and conferences. Instead, they can — and frankly, they must — take smart, proactive steps to fight back and protect their customers, community, staff and reputation.