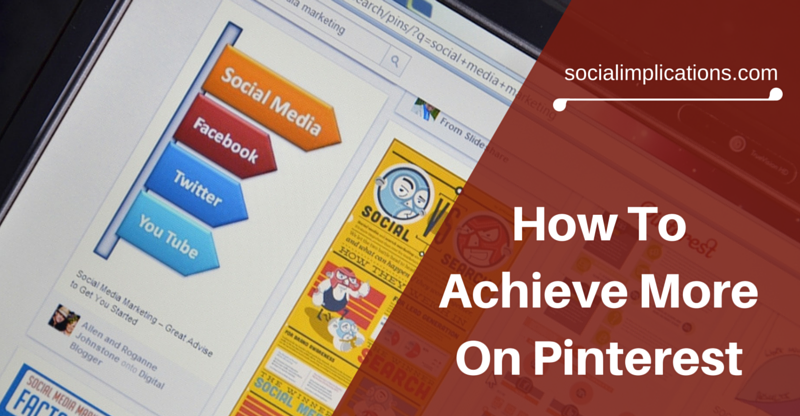 Aspirational social network Pinterest has grown leaps and bounds over the past couple of years. It went from being a fun, tiny community of early adopters to one of the most gigantic social networks ever created.

Sure, it lacks the ad click potential of Facebook, or the influencer reach of Twitter. But it has something that no other network has: it inspires people to do things. In this way it is somewhat similar to Instagram (another aspirational social community), yet it stands apart.

Using aspiration for marketing is nothing new. Most television and magazine ads follow by the same formula. Old commercials from the 70’s and 80’s took it took an extreme, making it actively look as though without their product you were failing on a real and devastating level.

Pinterest takes a more positive position through its trends. Everything you see is a possibility for sure user, and all it takes is a pin to get started.

These four facts show you four distinct ways in which you can achieve more on Pinterest. Let’s break each one down.

Campaigning Based On Gender

Most of your demographic available on the site are going to be women. But that isn’t all users, and not specifying gender could mean you miss out on a significant chunk of engagement. You should create to separate campaigns to appeal to each gender, or else narrow which gender would be most beneficial and focus all of your efforts on reaching that audience. 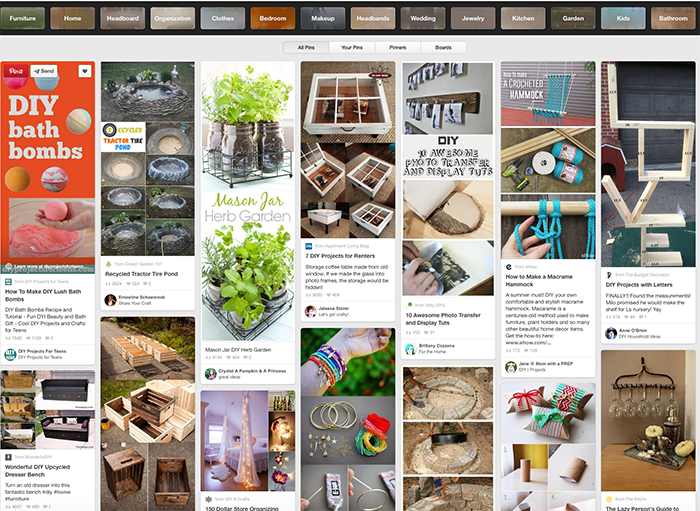 Men tend to pin to Food and Drink, Technology, Gardening, DIY and Crafts, Humor, and Tech the most. Right away, you see an overlap between two of those categories, making them an excellent base for people trying to target both genders.

The Need For Regular Contributions

With 100 million unique views expected to expand even further monthly, you can see how regular contributions are extremely important. The more often you pin, the more you are going to be seen. So how often is the right amount?

Pinterest is not your primary social platform, as its uses are somewhat limited in scope. Especially as the website attempts to gain a foothold in new ad programs. Yet it should be given a fair amount of focus in your campaign.

Posting daily and interacting with the community should be a priority. Giving Pinterest even ten minutes a day can grow a fair audience connection, as long as your contributions are valuable and aimed at the right audience.

Re-packaging is a great way to make sure you have lots of visual content to post on Pinterest. Sitegeek Pinterest dashboards demonstrate that well: They re-packaging their hosting reviews into infographics to maintain active dashboards:

US Versus International Targeting

There is nothing wrong with geolocation targeting based on different regions. But keep in mind that the largest share of users are centered in the US. While half of all users are now out of the United States, they are spread up over the rest of the globe. That makes these groups significantly smaller.

Campaigns to go outside of US users will have to be much more specific, and smaller in scope. However, you can take advantage of fairly new changes in Pinterest search results that include multiple languages. While it has not spread to all major languages, it is a start and expected to expand.

If you do base your campaign on location, be sure to use metadata, tags and descriptions to give users more relevant results. All info should include the location.

Responsive web design is undoubtedly the “it” thing, and you can see why it is more important than ever. If your pin doesn’t look good on a smartphone, or users can’t easily access and read your third party link that it leads to, why would you bother with Pinterest in the first place?

It is worth checking out Hubspot’s Anatomy of a Perfect Pinterest Pin. It covers quality, UTM parameters, descriptions, and other important elements. Following by common aesthetics will never lead you astray.

Unlike many other social networks, Pinterest trends have remained fairly consistent through the years. A certain look is expected and yields positive results.

Do you have a tip for better Pinterest results? Let us know in the comments!